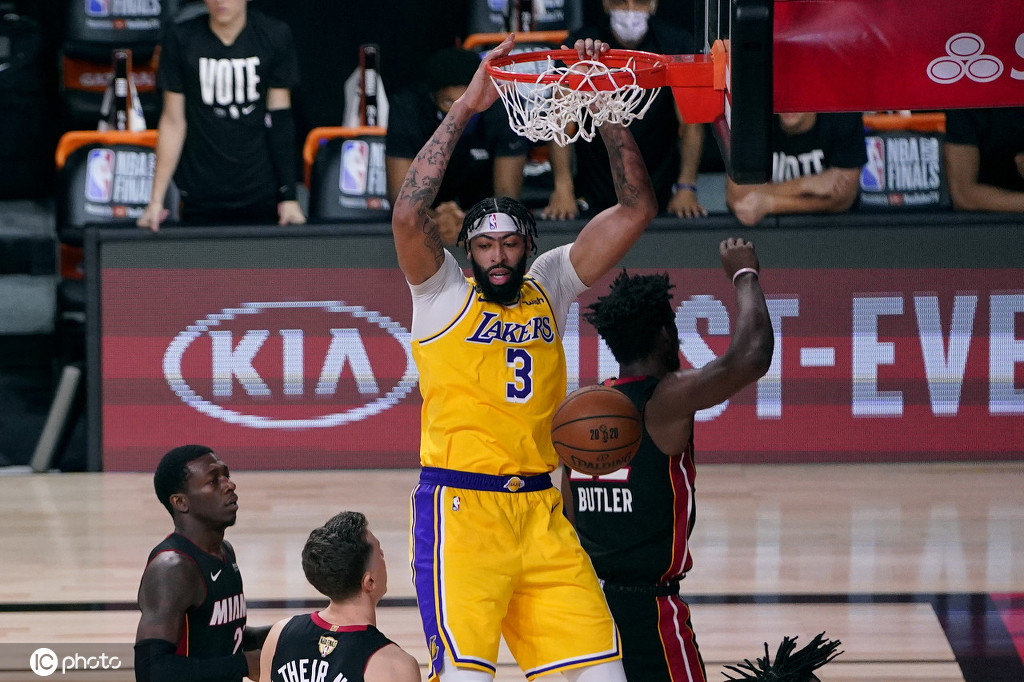 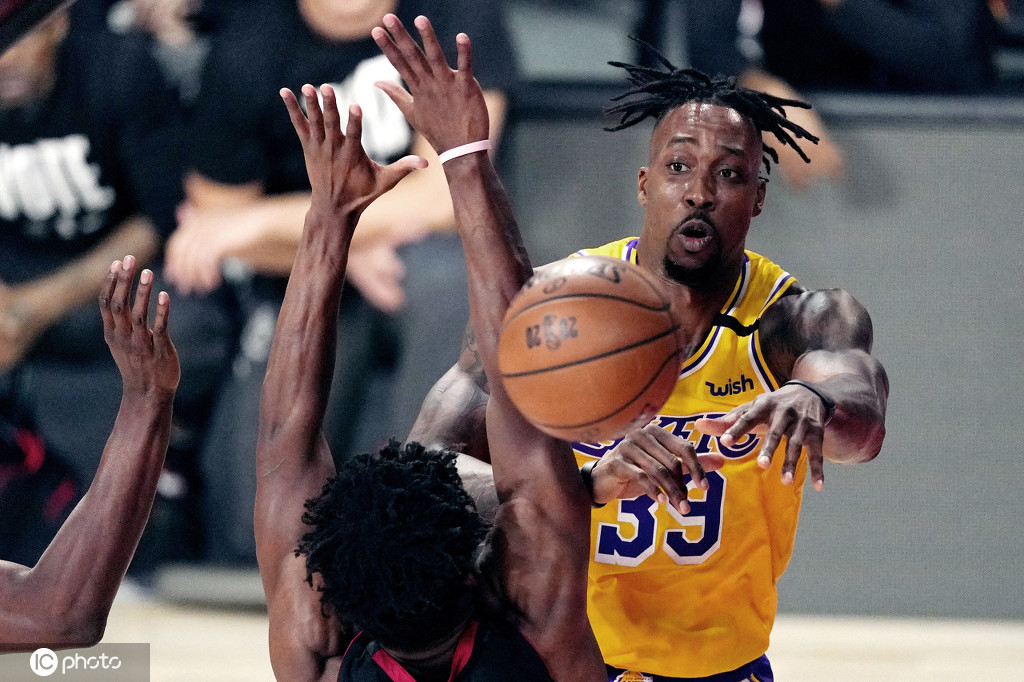 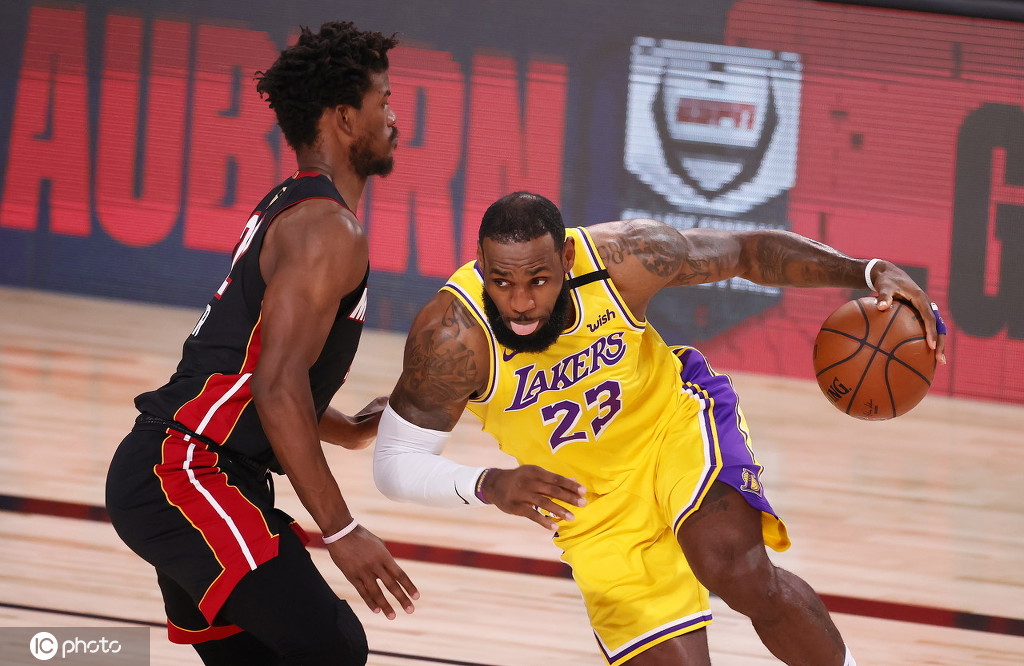 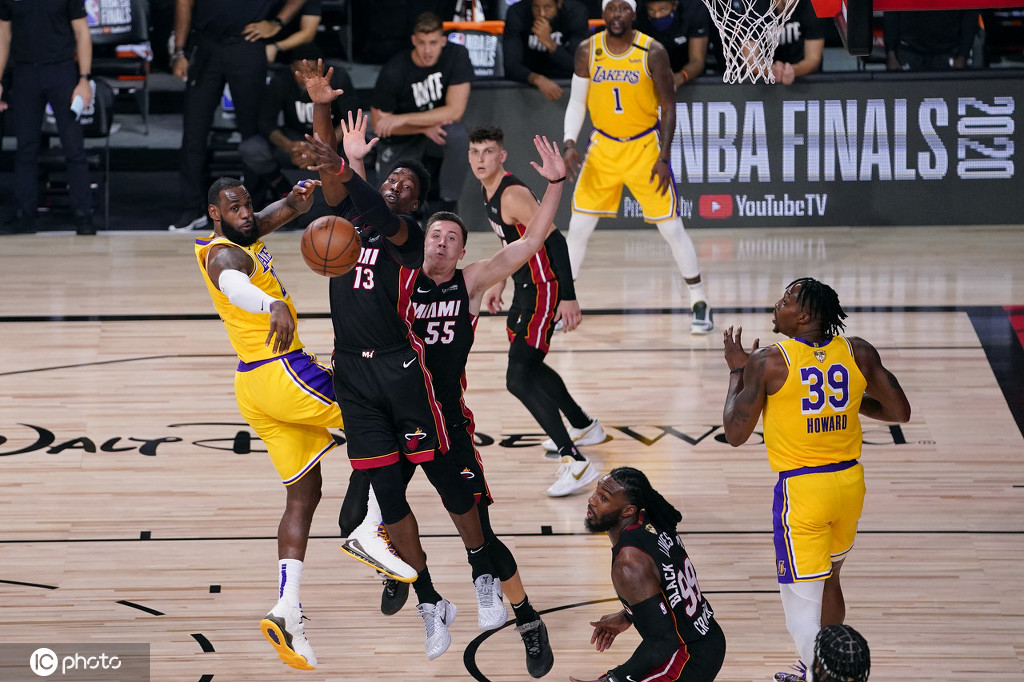 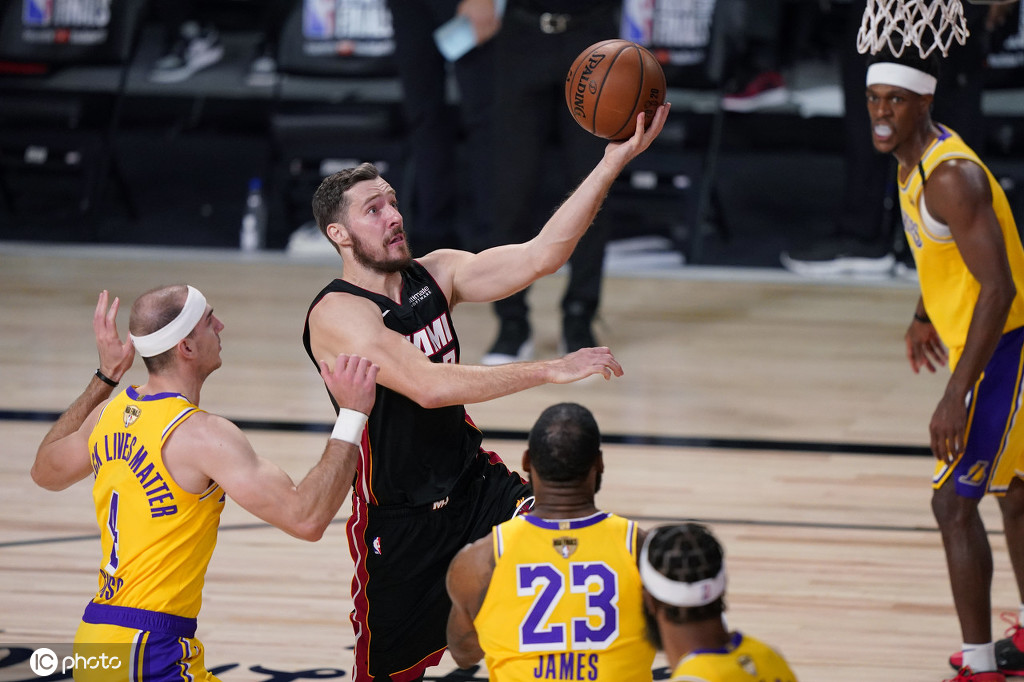 For the Heat, the first game of the Finals is really a battle of heart. The successive injuries of Jimmy Butler, Dragic and Adebayor are just one of the difficulties the team has encountered, and it is easier for Spoelstra to feel pessimistic, which should be strategic weakness.

In terms of perception, I don't think Vogel is overly targeting the Heat on defense. In the preview, I talked about how I think the Lakers should arrange the opening matchup, that is, let James chase Cloud and let the thick eyebrows defend Butler, because this can keep the thick eyebrows at the basket for a longer time so that Howard expanded his defenses and left everything behind him to thick eyebrows.

However, the Lakers did not do this. Their matchup arrangement is a very conventional three-to-three position and four-to-four position. This arrangement feels a bit like Vogel is testing, wanting to see if he can beat the Heat in regular play.

But obviously, this deployment caused the Lakers to suffer some losses in the beginning.

The Lakers initially fell behind by 13 points. In addition to their offensive problems, the defensive end is the key. Howard was targeted very strongly, and the thick eyebrows were hung in a position where they could not be lowered and could not help. The Heat shoot out from the inside out, the rhythm is very smooth, the Lakers can't handle it.

But when the Lakers began to rotate their staff and put their thick eyebrows to the fifth position, the situation immediately turned around. On the defensive end, the Lakers changed from a delay when the center was on the court to a change of screens. The Heat's first chance on the outside was not good.

As for the offense, after Adebayor left the field, the Heat brought up a small lineup. The thick eyebrows became the absolute commanding heights on the court. All running will attract changes in the Heat’s overall defense. Every touch can bring Encirclement of multiple defenders. This also means that someone must be in a state of being emptied-Pope took this opportunity to make two three-pointers in the bottom right corner.

Seeing that the situation is not good, the Heat quickly brought Adebayor up. But because at this time, he has already thick eyebrows. To Adebayor, he can not only squat down to provide high-quality hoop protection, but also can switch defenses in direct pick-and-roll defense. If the Heat want to rely on Dragic and Adebayor's pick-and-roll to attack the Lakers, it will be difficult to work.

Then why did the Lakers not suffer from Howard's loss in the third quarter? I think part of the reason is that Dragic was injured. The Heat’s best engine for pick-and-roll misalignment is gone. Shiro, who replaced him, is far less capable in this respect than his big brother. The Heat played the pick-and-roll to attack. The ability of the fifth position is weakened, and Howard has room for survival.

And another part of the reason is that the Lakers' offense is more stable than the opening stage.

It may be because of fear of the Lakers' ability to break zone defenses. The Heat have hardly placed a few zone defenses in this game. For most of the time, they are guarding man. This question is actually quite difficult to choose. If you set up zone defense, you can easily go to the free throw line to punish you. James can also go to the middle to respond, but if you don't guard the zone defense, James' rollover will cause you a headache. These are two bottles of defensive poison, but the Heat chose the latter today.

In the first half, the Heat met James for a roll call, either forming a flanking attack on the spot, or delaying the attack, trying not to easily change defenses, and then James' ball was passed out. This is the same as we expected before. James' roll call will definitely bring a lot of offensive opportunities. It may not be the first point of contact, but there must be someone who is weak in defense.

Therefore, whether the other Lakers players can seize the opportunity has become the key to their success. At least in the first half, they received good feedback. James scored 7 assists in the half and the Lakers scored 11 three-pointers, breaking their own historical record. But in the second half, the Heat's strategy was completely changed. The pincers and big delays were gone, and all defenses were changed.

I can understand Coach Spoel’s intentions. The cost of delaying the attack on James is indeed too great. His vision is too good, the ball is too fast, and the requirements for the Heat’s subsequent defensive rotation are too high. The Lakers shot so accurately in the first half, he was a little afraid Continue to give the role players opportunities, so this adjustment was made.

But in fact, this is really not necessary. The Lakers are a team that can shoot 0-for-9 and 2-for-16 from the open. Spoel shouldn’t be shocked by the Lakers’ three pointers. And this change has completely changed the Heat.

James singles Shiro and Dun Luo, if they don't help defend in advance, it's really innocent. But what if you help defend? The Heat have only Adebayor, the commanding height of the inside line. Once he is transferred to the outside by James, the off-line becomes the back garden of thick eyebrows and Howard.

The Heat’s overall lineup is still too small. James relied on semi-transitional advancement and positional battles to call out, disrupting the matchup of personnel on the court, creating a dislocation, and further amplifying the Lakers’ physical advantage. Help them fully control the dominance of the game.

After that, the Heat tried Nunn and Olynyk. As far as this game is concerned, the effect was not bad, but due to the wide spread of the points, the Lakers did not make targeted deployments. This kind of efficiency is not necessarily Can continue to the next game. And is their defense really enough to win Sibo's trust in a normal game? It's hard to tell.

In general, the course of this game has never escaped our pre-game expectations. The Heat’s defense did not pose an effective threat to the Lakers. Their long-range shooters felt a huge test and couldn’t be themselves at both ends of the game. Under the circumstances, losing has become a logical thing.

As for the next game... Spoelster needs to solve at least two things:

——If Dragic can't come back, how can the Heat make up for this?

Although Jimmy Butler is the team's most famous star, in fact, Draghi is the Heat's most stable player in the playoffs this year, and is also their most important offensive engine. Judging from the existing personnel alone, this loss is almost irreparable.

——What if the Lakers get off the court and start to make targeted defensive adjustments and stop you from grabbing the start?

If the Lakers choose to adjust the opening matchup in the next game, I won't be surprised at all. Once Howard is not good enough to be targeted by the pick-and-roll, and the advantage in the opening stage can't be taken out, after the Lakers start to relax, will the Heat have a better way to cope? At least in this game, we can't find the answer. This is a question that needs Sibo to answer.

Although the series has just scored 1-0 and the suspense of winning is far from being announced, it is undeniable that the Lakers are indeed in the most advantageous position.

No one commented, but quiet

Not remembering Kobe in social media makes me questionable, he understands my love

Inter Milan continues to lead in victory, Milan is swept by 5 goals