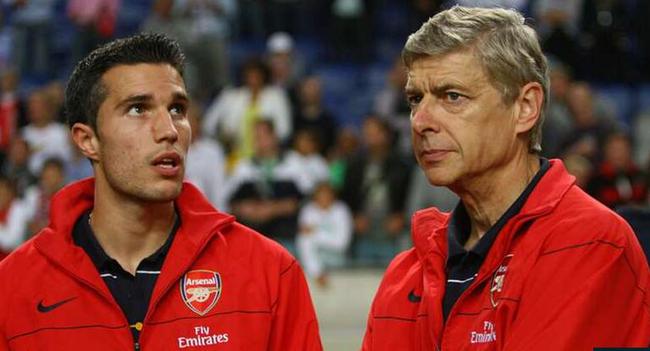 Wenger’s new book "My Red and White Life" revealed that Van Persie wanted to leave Manchester United and return to Arsenal, but the deal was ultimately unsuccessful. Van Persie moved to Manchester United in 2012 and won the Premier League title with the team. However, after Ferguson retired, Van Persie had a bad time at Old Trafford.

Wenger wrote in the book: "In 2012, Van Persie announced that he did not want to renew his contract. All the giants started chasing him. I eventually sold him to Manchester United. The fans were very angry with me, but we did. Unable to match the offer. I finally sold him for £24 million, which was already high for players with only one year of contract left. I only thought about the interests of the club."

"At that time, my relationship with Ferguson and Manchester United eased, but every transfer transaction was like a polite game of poker. You have to work hard not to lose anything. Van Persie’s first six months at Manchester United were very good. He Putting Manchester United on the road to win the Premier League title, and this is even more difficult for us."

"Three years later, Van Persie was injured. Van Gaal sold him to the Turkish club Fenerbahçe. Van Persie also called me at the time. He wanted to come back, but that was impossible. He has reached the end of his career and we only I want to invest in young players."